An afternoon off yesterday, a chance to go ride a train, but where? What was running on a Friday? Casting about I found that my long held love, the Ffestiniog were running to Tan-y-bwlch… 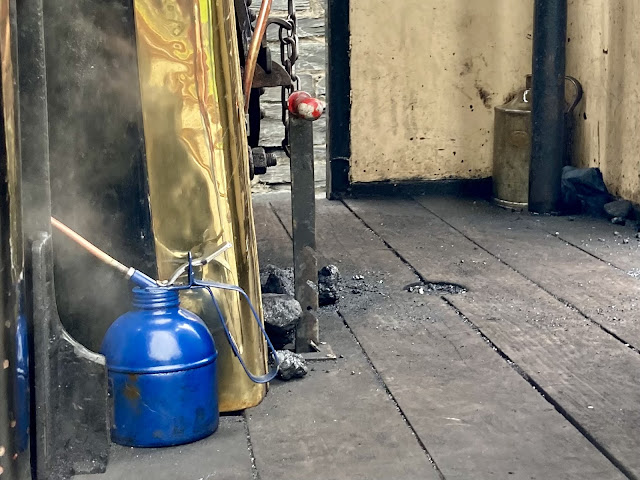 That was it, it might not be the full journey but it ticked the boxes coal smoke and steam, hot oil and small engines. Arriving at Porthmadog spirits were dampened slightly by the continued lack of hot food at lunchtime in Spooners, a pre-packaged pasta salad wasn’t really what I had hoped for, but alas I believe chefs are hard to find at the moment post pandemic. Whilst enjoying a slice of rocky road and coffee thoughts turned to what the weather and foliage would mean for views on route. 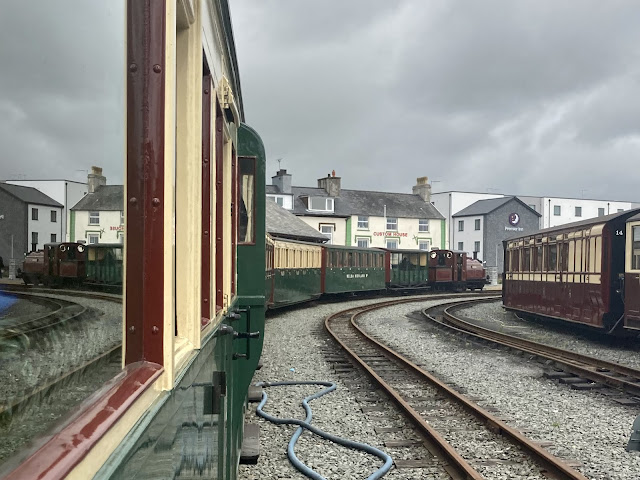 The railway is operating a Covid aware service, so dedicated compartments for the journey. My friend Dave and I hoped for a little more space, and the brake coach was split into two with space between rather than a divider, so I enquired with the host if it would be possible. As I expected she wanted to hold it in case a large party arrived… oh well… 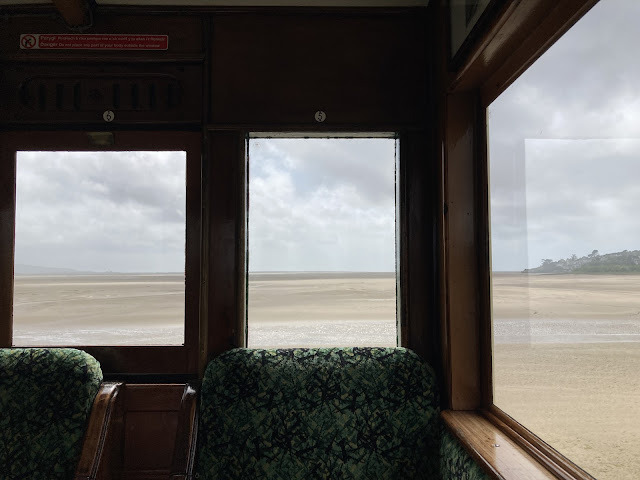 We settled on a compartment but before boarding the same host offered us the chance to use the first class saloon, I’d travelled in this carriage on the Welsh Highland with Steve some years ago, it had always been a favourite, so there was no hesitation in our response, yes please! 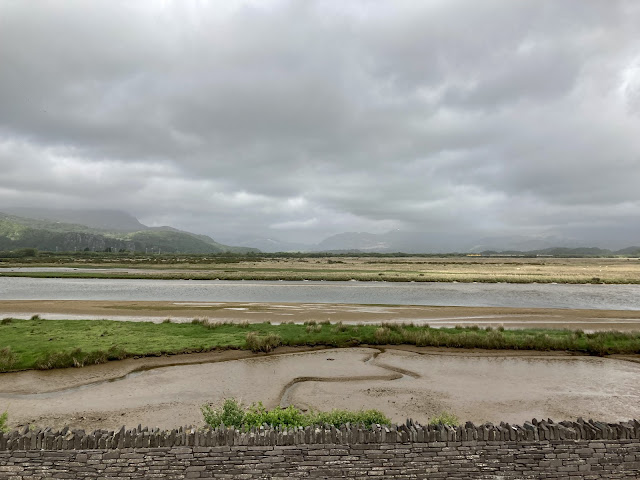 As we settled into the wonderful arm chairs we crossed the cob and spotted a Railtour (above) sat on the cob behind a pair of Network Rail Class 37s, two of only three mainline registered diesels allowed on the Cambrian due to its signalling system. It sparked a few questions as to why they were held there, waiting, and where they’d run in from and behind what? 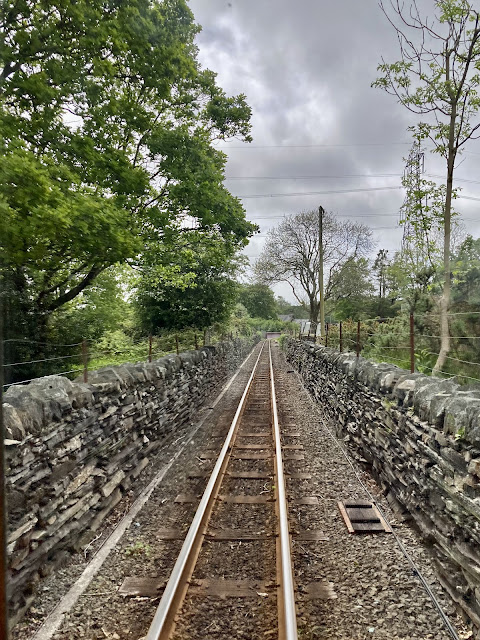 The view of the line from the saloon’s  end window was sublime. As you head beyond Minffordd you’ve no idea normally that you’re running along on a thin ‘causeway’ across the surrounding fields, but from the saloon you see every element of the right of way. A wonderful experience. 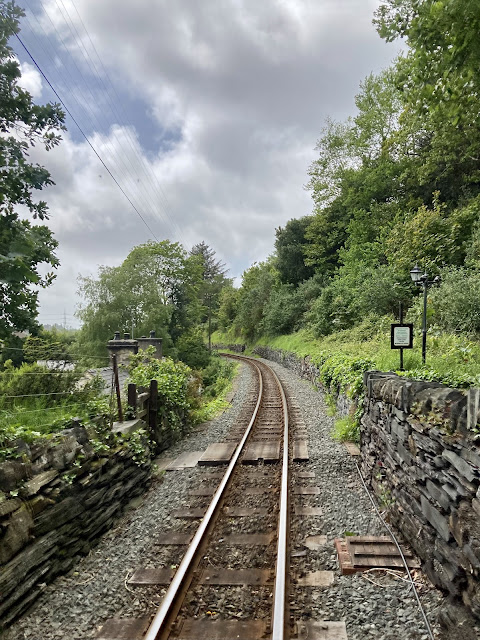 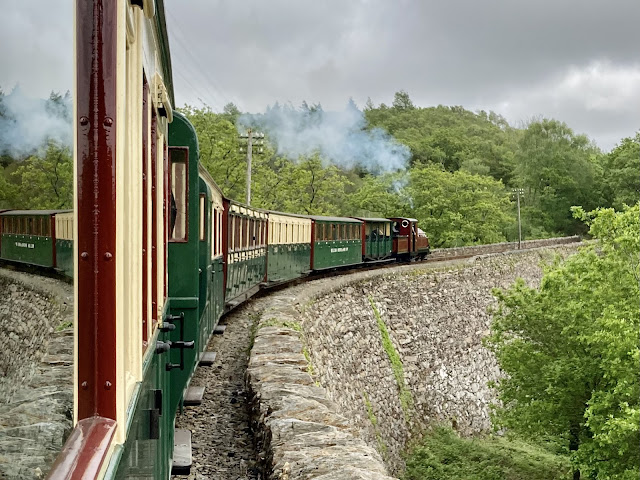 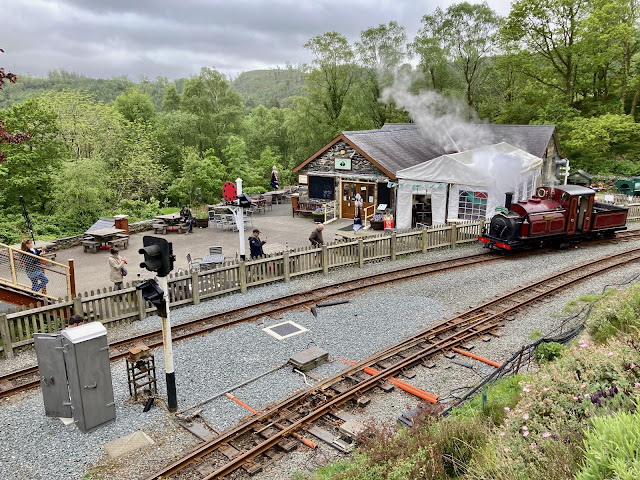 The journey was soon over and we arrived for an hour layover at Tan-y-bwlch. Our train locomotive, Prince ran round and was photographed hundreds of times by tourists and enthusiasts alike. Dave and I enjoyed the atmosphere on a cloudy overcast day, imagining the scene in the Victorian era, how it must have felt to get off here and wait for a loaded slate train to pass heading for the coast. 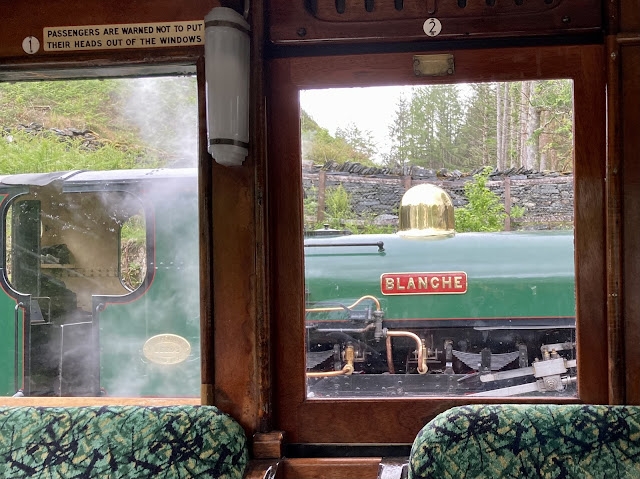 A surprise visitor Blanche arrived with some SAR wagons, perhaps an ash train? A healthy crew would suggest so, I guess shovelling the ash overboard is quite some job! 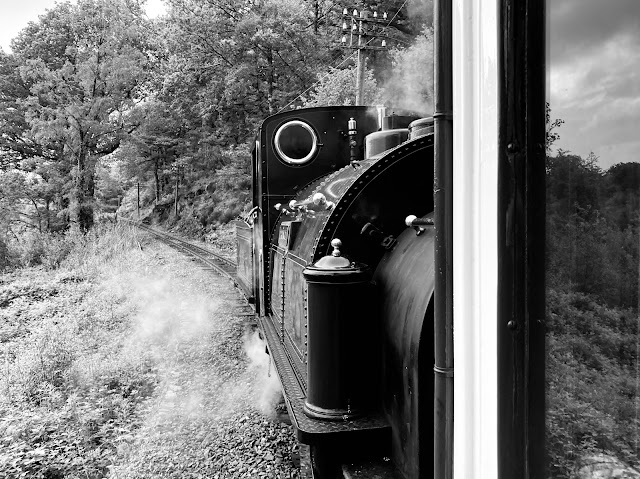 As we headed for Port, with Prince now coupled on to our saloon it was a wonderfully complete experience, sounds smells and memories abound and Dave and I both sat in silence contemplating our own thoughts, comfortable and content, immersed in it all. Back at Porthmadog and fish and chips from Allports before heading back home to the valley, wondering when it can be be done again. Until next time, more soon…
Labels: day trip Ffestiniog Prince tan-y-bwlch