Commission: Gravel and Rock Cars for the garden...

Fresh off the bench last week is this pair of craftsman kits of American narrow gauge prototypes in 1/20.3... 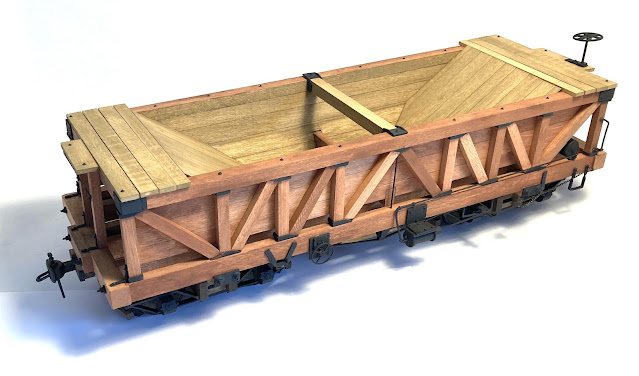 These follow a trio of items from earlier in the year (see those here). The gravel car here was built from a kit, allowing me to paint and treat the components before assembly. I used an off black for the metal components as I find it more pleasing and realistic than the rust tones I often see on these kits. The woodwork was stained with browns on the chassis and interior and a faded box car red on the outer surfaces - representing a well used but looked after workhorse of the railroad. 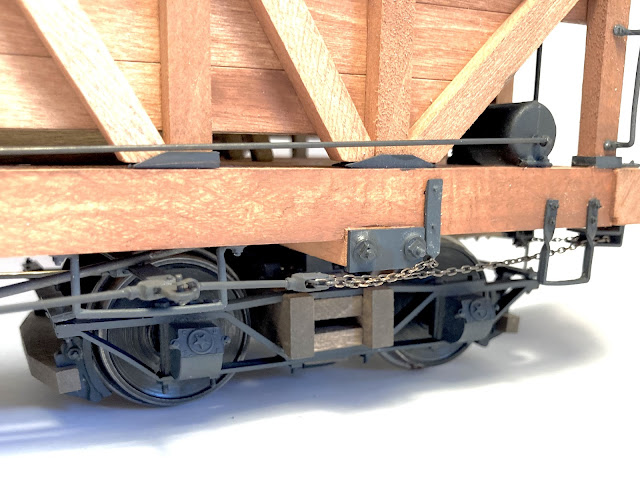 The detail in the kit is wonderful to work with and I especially enjoyed adding the brake rigging and handbrake chain to the under frame. This is a myriad of brass rod and white metal castings, and adds a lot of mass to one side of the car. As a result I used a pair of springs on one side of the trucks to increase their stiffness on the heavier side, resulting in a more level running. 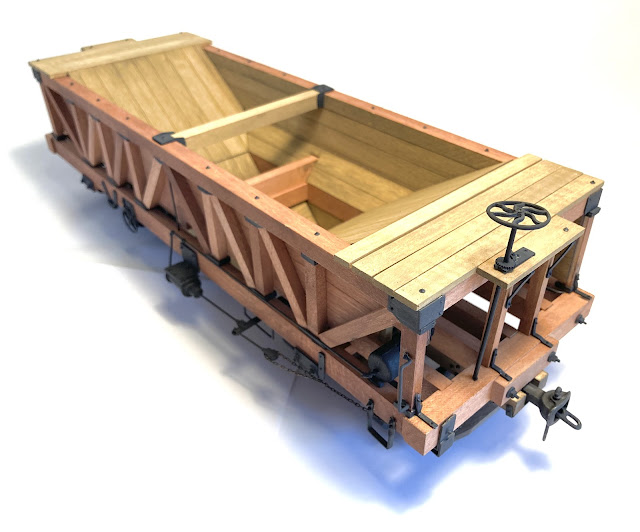 I have also repaired this rock car, which arrived with the bodywork mostly intact but many of the brake components floating in the box and the trucks almost unsavable. With judicious use of brute force and deft plier work I straightened up the truck frames and got them rolling, adding the broken detail back into place before repainting them. The bodywork was easier to repair and I gave the outside a wash of brown to tie it in with the other items I've built for my customer. 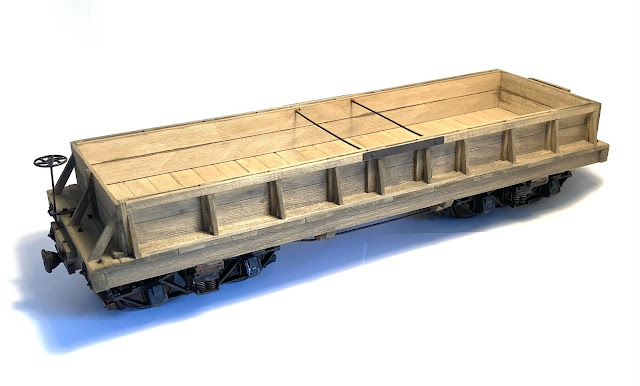 These are heading off to America this week, and there are a few smaller models on the bench at the moment which will make for an interesting Friday update this week.
If you've got an old model that needs repair, be that cosmetic or something more involved I offer a complete service. Get in touch for a personal proposal. Until next time, more soon...
Labels: commission craftsman kit g scale kit assembly laser cut repair wagon repair wooden