Dyfrdwy Tramway: Maintaining with the LB…

The tramway is a living railway, and as with it's full size brothers and sisters it needs regular maintenance. Cleaning and clearing the right of way, inspecting the flange ways in the turnouts and firming up the banking alongside the tramway... 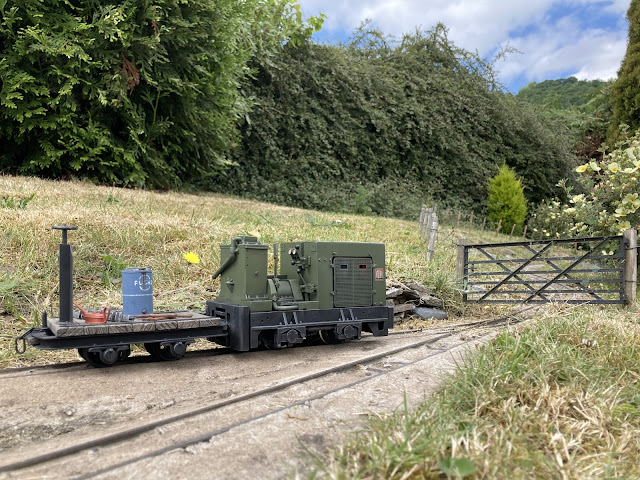 As well as tidying up the tramway it needed a little testing. Just as if I was checking the right of way in reality, I've got my locomotive and a wagon with tools, track gauge and some grease for fishplates and turnout hinges... reality in miniature. A note on the Ruston, you'll note it looks a little more lived in than the last time it appeared on the blog. It happened with the Hudson Hunslet, and it's happened again! My own prototype model stays 'pristine' until the last commissions are done, and then I decide it's about time I weathered it. 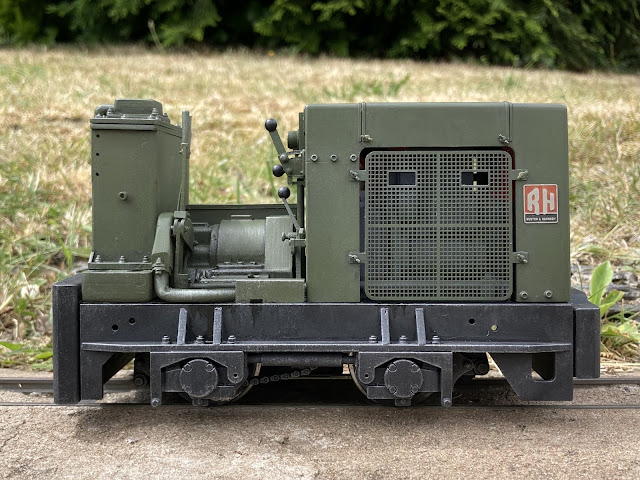 Nothing ground breaking in the approach, a tried and tested blend of methods I've used on the pair of Ruston green commissions, the result has the feel of a well used lived in machine. A few un Ruston like oil leaks to add a little variety in sheen and texture, but otherwise no rust or damage - just cleaned up with an oily rag at the end of the days work. 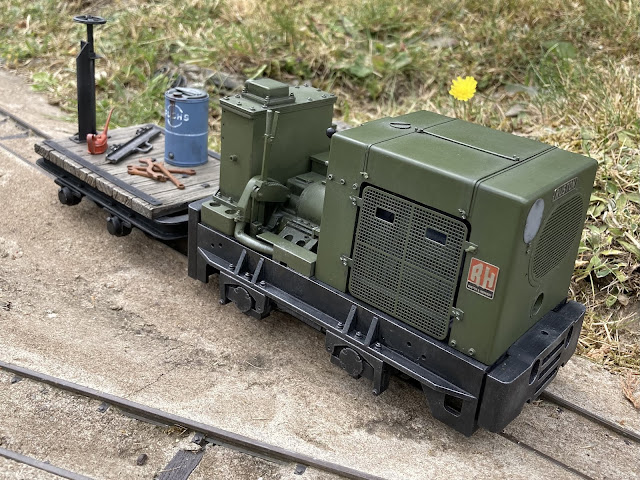 I never fitted my own model with a headlight, so I've plated over the headlight. Rather than match the paintwork I've left this in primer, to suggest it's a recent addition on the real locomotive. I like these little touches, although I know they're not to everyone's taste. 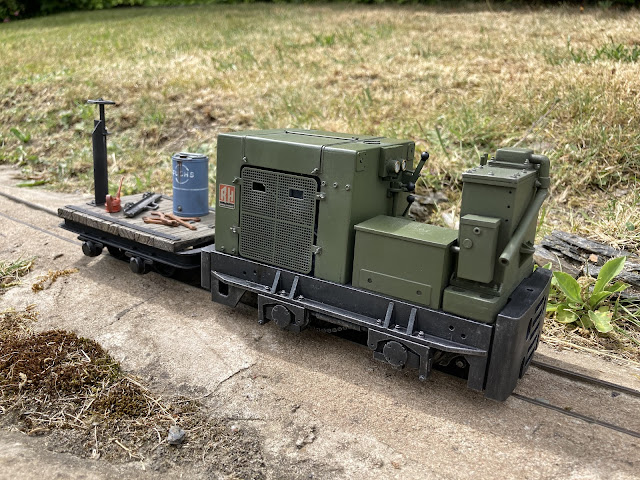 My own prototype is 'sans' tractor seat, with the driver making do with a perch on the battery box. I must look into driver options and follow up with Si Harris on the idea that I could commission him to sculpt a master for me, something in keeping with the tramway and similar in style to my other figures. It's nice to have a few days dry weather to run trains in the garden. Battery electric radio control is so accessible - I can grab a loco and a few items of stock and enjoy them just trundling up and down the tramway after dinner. Until next time, more soon...
Donate
I love writing and creating material for the blog. If you enjoy what you read and engage with I would be appreciative of any donation, large or small, to help me keep it advert and restriction free.
Labels: 7/8ths dyfrdwy tramway garden railway Ruston lb